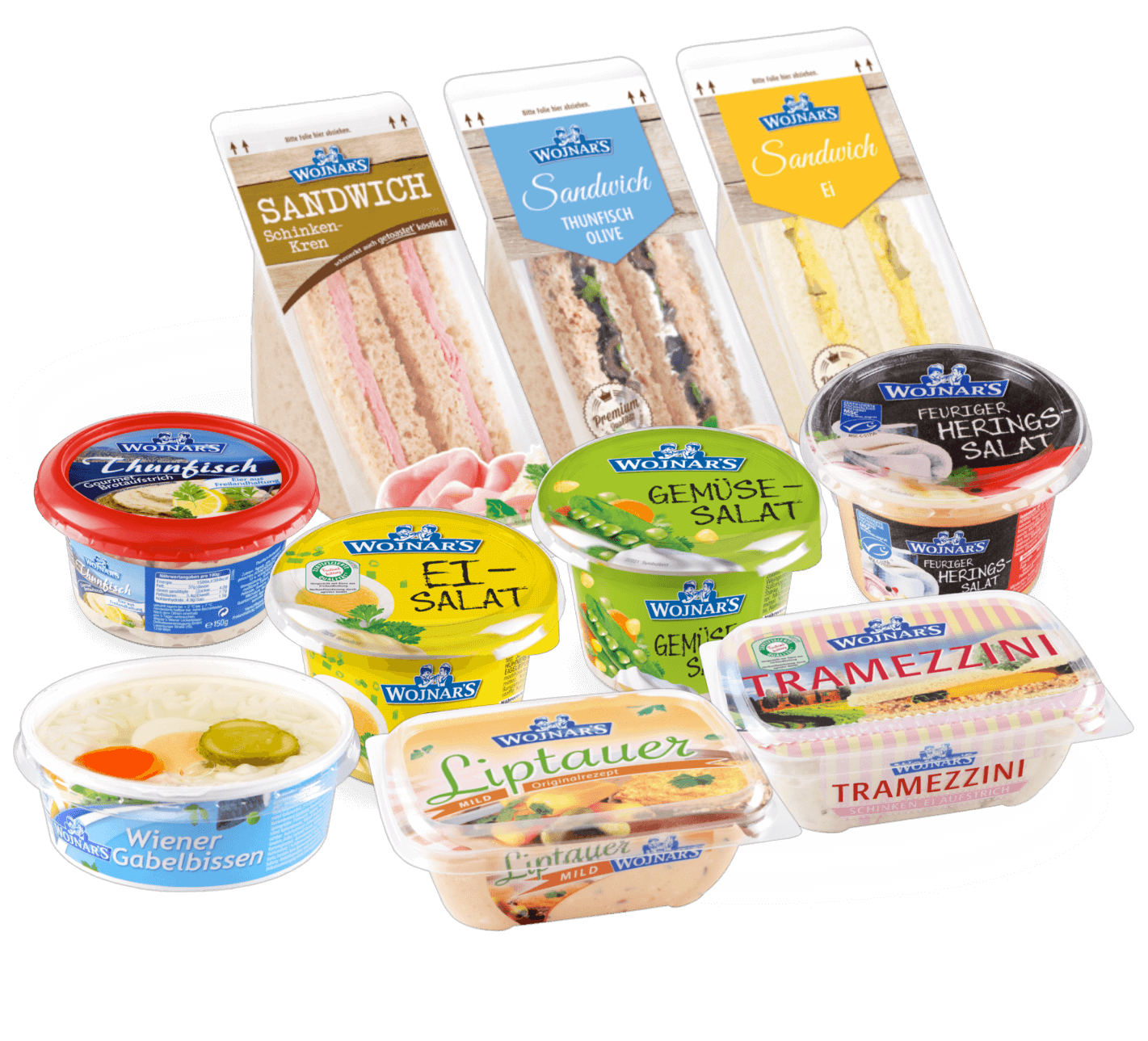 Founded by Josef Wojnar in the 1930s, this delicatessen has produced spreads such as the widely popular Liptauer from the very beginning. In 1966, the business passed to his son and his wife. In 1999, the business was taken over by their daughters.

In 2000, Wojnar’s moved from the 12th to the 23rd District in Vienna, where it continues to be based today, employing around 400 people. The company’s product range covers everything from spreads and salads to catering industry, delicatessen and convenience products. The company has premises covering a total area of 9,200 m2.

The production facilities are some of the most modern in Europe. With 18 filling systems, not only are we able to create different portion sizes and shapes, we are also able to meet a wide range of different requirements in terms of freshness.

Wojnar’s is one of the most famous family-run businesses in Austria, standing for top quality, taste and craftsmanship for over 90 years.

We love, what is tasty.